Happy Magazine Reader Katie Boylan joins us today with a book review of Daisy Jones and The Six. This sounds like wonderful read for an escape into the wild world of a 70s rock band and all that goes with it.

By Katie Boylan, for Happy Magazine.

Before I was diagnosed with cancer in February 2017, I was an avid reader, but during chemotherapy and radiation treatment I was too tired to keep this up on a regular basis.  At one stage I was also put on a medication that affected my vision so reading became even more problematic.  I spent most of my time watching TV, DVDs, Netflix or listening to the radio or podcasts.

However, as I got over treatment and I came off that medication, I started to read again and I started to really, really enjoy it again.  A friend of mine told me to only read ‘happy, uplifting sh*t’ as she put it!  What she meant was not to stress my system out even more after everything it had been through.  So earlier this year, I joined my local library and I discovered that it is such a great free local resource.  The newspapers are there daily, books, CDs, DVDs are all available to take out and certain ones can be ordered in for you.  There are also meeting rooms available, training courses, art exhibitions, author evenings and events in your local library (this article is not sponsored by the library by the way, I just found it to be such a great resource and anything free is always good when you are off work and not earning!) 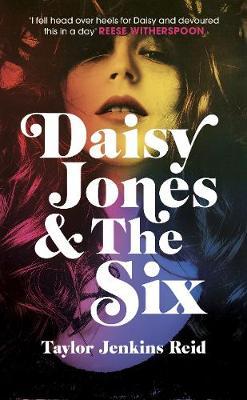 A book I read recently was Daisy Jones and the Six.  It was my book club book for the month and I was delighted as I had already put my name down for it in the Library.  The book tells the story about a fictional rock band in the 1970’s and their rise to fame where they eventually become one of the most well-known and legendary bands in the world.

Daisy Jones is young and beautiful and well-known in the LA club scene.  A producer soon realises she has an excellent voice and he also notices the chemistry between her and The Six’s lead singer Billy Dunne.  Soon a collaboration is on the cards and the book tells the story of what happens during and after this collaboration.  It tracks the highs and lows of Daisy Jones and The Six on tour across America and it also delves into why they ultimately split up.

At first, I wasn’t sure I would like it as the book isn’t written like a traditional story, it’s written out like an interview.  It’s set in the present day and the interviewer is trying to find out why the band split as not a lot was written or known about their demise at the time.  They are asking questions to the members of the band, anyone who worked with them, friends, etc, in order to give us the inside scoop about the rise and fall of Daisy and The Six.  But very quickly I was so drawn in that I had to Google to make sure this band was actually fictional!

The author, Taylor Jenkins Reid, perfectly describes the wild, hedonistic drug and alcohol-fuelled ways of the music scene in the 1970’s but she never glamorises addiction.  In fact, she does the opposite as you see the negative effect it has on not only a character but the also the people close to them, people working with them and people who love them.  All of the characters are complex and well-written and hearing everyone’s differing versions of the same event is fascinating and also highlights how quickly people can pick things up wrong.  There are also very strong female characters in the book with Daisy herself but also Karen from The Six and Camilla, Billy Dunne’s wife.

When I finished, I was left wanting more; I wanted to know more about the characters, more about the music, more about their futures.  This is always a good sign when you finish a book.  I loved it so much, I am starting the audiobook as I hear it is fantastic, and there is also a TV adaptation on the cards by Reese Witherspoon’s production company.  My book club WhatsApp message group was buzzing with guesses of what actor would play which part, in particular Daisy’s part garnered the most interest.

Overall, I would highly recommend Daisy Jones and The Six and hope you enjoy it too!

Thank you so much to Katie for sharing this book review with us. We’re always on the hunt for new content here on Happy Magazine, if you’ve got something you could share with our readers, please do get in touch with me at holly@happymagazine.ie.