My husband loves his FitBit watch which I bought for him for Christmas a few years ago.

It was a good present!

Back then, I had a FitBit band, just one of the basic ones, and we would sort-of competitively challenge each other with the “Daily Showdown” to see who could get more steps in a day. He would normally win, because back then, before cancer, I didn’t do a whole lot of exercise.

I found my old Fitbit band in my dresser drawer on the weekend and it felt like time. Time to dig it out, charge it up and get my FitBit back on. So that’s something I’ve been doing this week and it feels really good. In general I move a lot more now in my new life after cancer – I have a toddler to chase, I don’t sit at a desk for 8 hours a day anymore, I actively strive to get at least 30 mins exercise (walking/running) every single day. So it’s great to see the FitBit app adding up all my new movement and telling me that hell girl, you got 10,000 steps today! It’s motivating for sure.

And Husband and I are back doing the challenges. Because some things never change 😉 At the moment via the FitBit app and our respective FitBit devices, we’re doing a “virtual” walk around the Yosemite National Park in California’s Sierra Nevada mountains. All the steps we do each day bring us on a virtual trail around Yosemite, complete with beautiful panorama photos to check out at different viewpoints along the way. So while I’m only running up and down the stairs in my house, the steps are taking me around Yosemite too – a bit of fun.

My FitBit band, even though it’s a good few years old now, still works well and the app on my phone is great – it can track my sleep too if I wear the band at night, how much water I drink and food I eat (if I log it) and weight, calories burned and even female health tracking and trends. And this is only a basic band with no display! 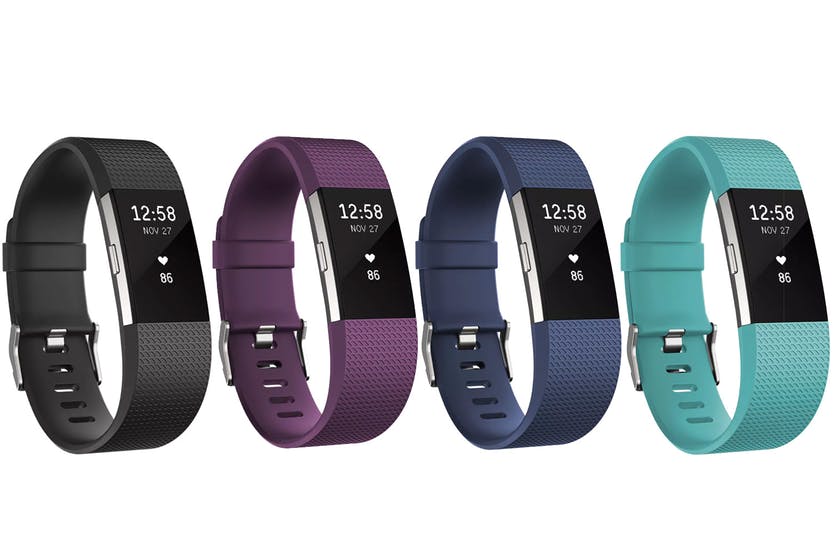 Last weekend my husband bought himself the FitBit Charge 2 band pictured here and he now has a choice of his FitBit watch or band to wear every day. He’s committed, wouldn’t you say? He really loves it. He’s fascinated by the fluctuations he can see in his heart rate over weeks/months and how he can see when his body is working harder, e.g. during a cold. He is a sprinter and trains up to four times a week and FitBit keeps it all logged for him.

So there you have it. FitBit. It’s the thing of the moment (once more) in our house. Maybe I might inspire you to put one on your own Christmas list?

This is not a sponsored post. Opinions all my own. By Happy Magazine Editor, Holly Kennedy.