Today I’m continuing our new feature on Happy Magazine called Your Stories. As the name suggests, it’s all about you and your cancer story.

My aim with these is to shine a light on all of those of us who are facing/have faced cancer and share our greatest learnings – to inspire and motivate us all, for wherever we are in the journey.

Today, our second reader’s story is by Louise McSharry. Louise is an Irish radio presenter who you may already know from RTÉ 2fm, where she plays new music Sunday-Thursday nights from 8-10pm. Louise was diagnosed with Hodgkin’s Lymphoma, a type of blood cancer, in 2014 and is in the news at the moment helping to launch the Make Blood Cancer Visible campaign, a collaboration between the Irish Cancer Society, Multiple Myeloma Ireland, Chronic Lymphocytic Leukaemia Ireland and Janssen Sciences Ireland. 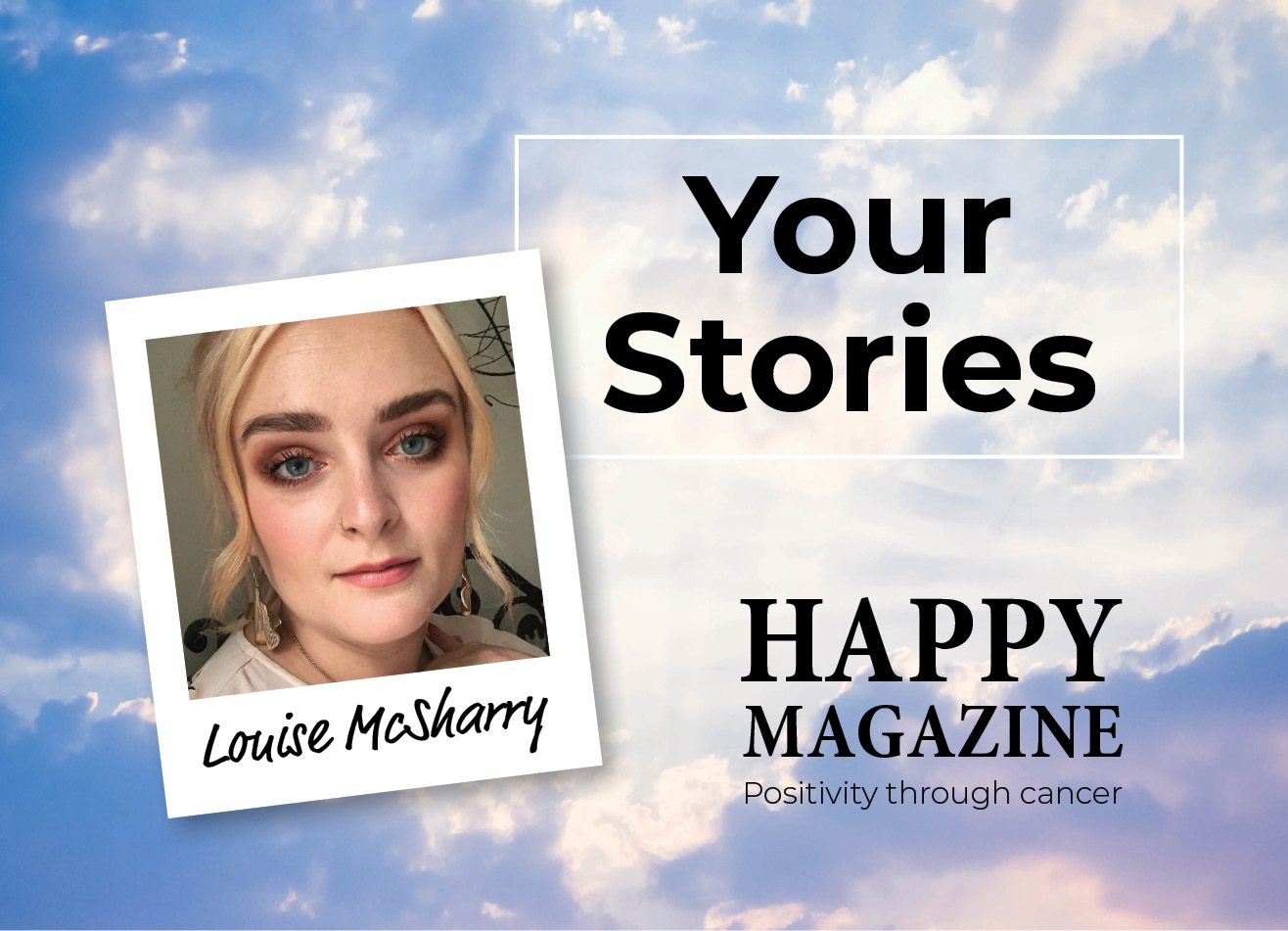 I had my appendix out in December 2013, and never felt quite right afterwards. In March I went to the doctor because my period hadn’t come back and I was having intense night sweats. My blood results were unusual so she referred me to a consultant in the Mater, and I then saw several consultants over the course of six months as they tried to determine what was wrong with me. During that time my health deteriorated quite significantly. I lost my appetite completely and had very little energy. Eventually I was so sick I had to be hospitalised, at which point scans and then a biopsy revealed I had Hodgkin’s Lymphoma.

I felt shocked and scared initially. It was like someone had taken my own personal snowglobe which contained my whole world and given it a good shake. However, I also felt positive that I would recover from this and my life would go back to normal.

I did six rounds of chemotherapy (two treatments per round) over the course of six months.

Relatively well. I was able to walk to the hospital for each treatment, which felt like an achievement when some people I shared a space with while receiving chemo struggled to walk to the toilet. I had some bone pain which was hard, some sickness and fatigue, but it was mostly straightforward.

The best part was the amazing nurses in the Mater who took such good care of me, and made me feel normal at a time when I desperately needed to. The worst part was the sickness I experienced after my first few treatments, before we figured out which anti-sickness drugs worked best for me.

Again, the nurses in Vincent’s Ward were phenomenal. My husband and family were a great support too, as were my friends. I also think my belief that this was a temporary blip helped me get through it.

It’s not a specific piece of advice, but the day after I was diagnosed I messaged an acquaintance from Twitter who I knew had had Hodgkin’s and asked him if he’d share some of his experience with me. He sent me back a detailed account of exactly how treatment worked, how he felt, and what his life was like during that time. It was massively helpful, because the scariest aspect of it all was the unknown.

I’m absolutely fine, no complaints! Three and a half years cancer free.

It feels like a very long time ago, and sometimes like it never even happened. Having said that, I still feel quite close to the experience. I am a fiercely independent person, so it was nice to allow myself to be cared for.

I think my experience has certainly taught me how to be a good friend and supporter of anyone who is experiencing a challenging time like this.

Not really. I was determined to keep my life going as usual and it pretty much has!

I like to read. It’s the best form of escapism I have.

I had fairly severe associative nausea after having some really bad sickness at the start of treatment, and found the taste I got in my mouth during chemo really triggered it. My husband came up with the idea to bring lollipops with me to distract from the taste, and they were an absolute game-changer. So Chupa Chups!

While it feels like everything is upside down right now, you’ll be amazed at how quickly you’ll settle into a new normal. Ask for information, and help whenever you need it. Take the drugs they offer you, and never be afraid to mention your side effects to the doctors and nurses treating you. They usually have great solutions!

Thank you so much to Louise for completing our Reader’s Story questionnaire!

You can keep up with Louise on Instagram by following her here. 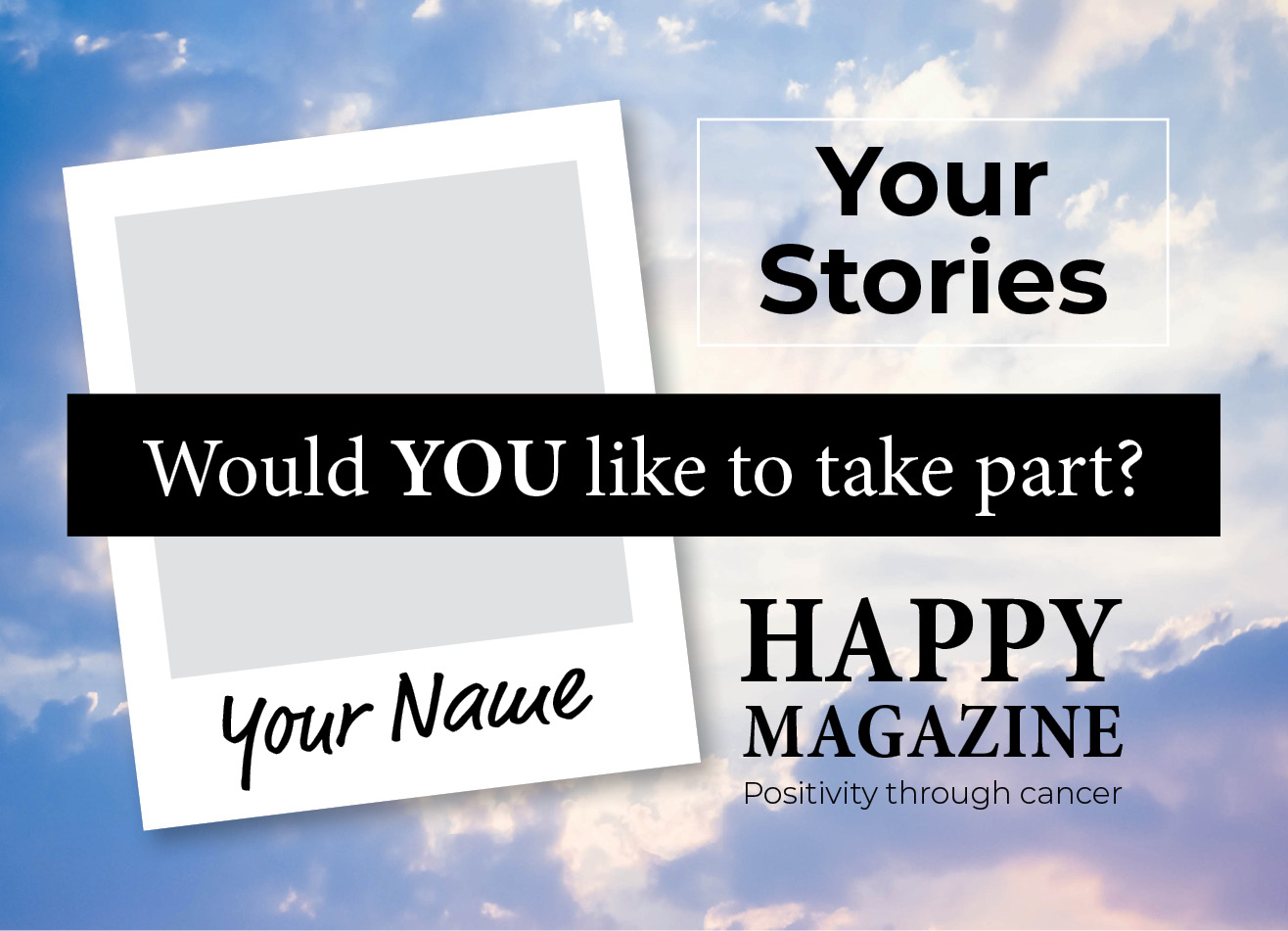 If you would like to complete the questions for our next Your Stories feature, please drop me an email at holly@happymagazine.ie