This post is for all the men out there, or all the men in your life: Research has revealed that Irish men have the highest mortality rate from melanoma skin cancer than anywhere in Europe. We can change this by learning how to stay safe in the sun. Here is all the info from the Marie Keating Foundation’s initiative… 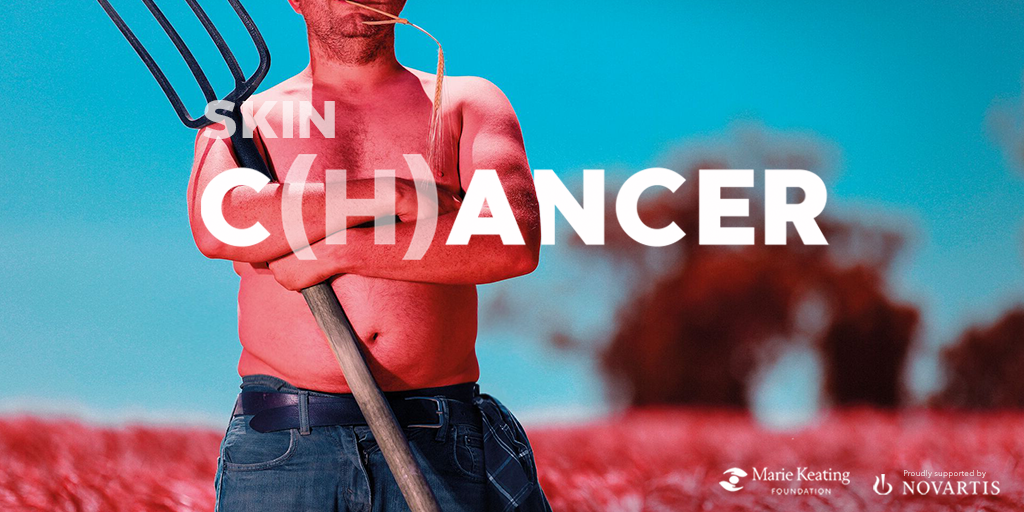 The Marie Keating Foundation has launched the latest phase of its skin cancer campaign, Skin C(h)ancer, aimed at Irish men who work or spend a lot of time outdoors, particularly sportsmen, farmers and gardeners. The campaign comes off the back of what is believed to be the longest heatwave since 1976 and is a reaction to the startling fact that the incidence of melanoma skin cancer has more than tripled in the two decades from 1994 to 2014.

A recent international skin cancer index has found the death rate from skin cancer in Ireland is higher than in Australia and puts Ireland 14th in the world for susceptibility to skin cancer.

Speaking at the campaign launch, in-front of Ireland’s first UV sensitive mural on the Grand Canal, Dublin at Lock 6 Cafe, CEO of the Marie Keating Foundation and malignant melanoma survivor, Liz Yeates said “530 cases of melanoma are diagnosed in Irish men each year, resulting in 88 deaths annually. We’ve launched this campaign to give Irish men a wake-up call and encourage them to take their skin’s health seriously. We are appealing to all men including farmers, gardeners, construction workers and anyone who plays sports outdoors, asking them to not only take their health and safety seriously by wearing high vis vests, gum shields, helmets etc but also to protect their skin from the sun’s harmful UV rays by following the SunSmart code.

She continued, “We are activating the campaign on radio, in shopping centres, on social media and in the press, in the hope that we can reach as many people as possible with our message. Our mural looks to highlight the risk that sportsmen are exposed to when they play outdoors all year round – even if the sun isn’t shining. Our message is simple; Don’t take the chance, protect your skin.”

Proudly supported by Novartis as part of their wider Skintervention campaign, the Foundation is urging people to follow these simple steps in the sun:

Also speaking at the launch was Helen Forristal, Director of Nursing Services, the Marie Keating Foundation, who said, “Our research shows that a fifth (20%) of Irish men are not aware of the visible signs of skin cancer, which is worrying as skin cancer is one of the most preventable forms of cancer if you are careful. You need to be vigilant by knowing your skin-type and checking your skin on a regular basis. Look out for any changes in moles or freckles. If you notice a change in colour, size or shape, bleeding, crusting or itching visit your GP as soon as you can because when melanoma is caught early, it can be treated and the response to treatment can be very effective.”

Former Kilkenny hurler and Marie Keating ambassador, Eddie Brennan, said “Having grown up on the family farm and working as a Garda since 1998 I would have spent so much time outside and I would never really have been aware of the dangers or thought much about the harm I was doing to my skin. This campaign has made me think back and realise that for years I was out in the sun whether it was farming or on the mountain bike or on the beat or even on the hurling pitch, completely exposed. This campaign is spot on in terms of speaking to men – it’s just about education and making sure we are aware of the risks so we can properly protect our skin but often men can be worst at doing this. Small changes like wearing sunscreen, a hat and staying in the shade where possible, will make a big difference and hopefully this campaign will get through with its message.”

There are approximately 10,304 cases of non-melanoma and 1,092 cases of melanoma skin cancer diagnosed each year in Ireland, and rates continue to rise.