Somebody Feed Phil is a documentary series on Netflix from the creator of Everybody Loves Raymond, Phil Rosenthal. In the series, Phil takes viewers on a goodwill eating tour of the world. Along for the ride are Phil’s friends, family and his trademark sense of humour.

Today the second “course” of the series launches on Netflix, following Phil as he travels to Venice, Ireland, Buenos Aires, Copenhagen, Cape Town and New York on some more foodie adventures. You can check out the teaser trailer above – it looks great! 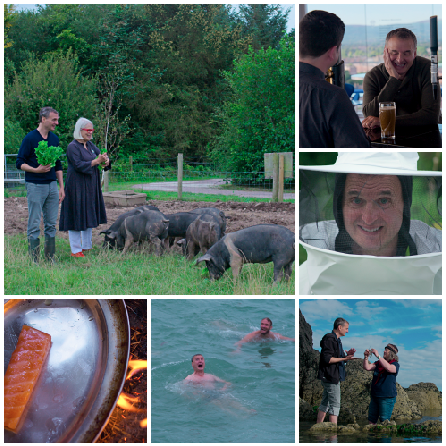 The Ireland episode was filmed last year. While he was here, Phil filmed in Brother Hubbard’s, Gallagher’s Boxty House, The Guinness Storehouse, Murphy’s Ice Cream, Deasy’s in Clonakilty, and Miyazaki in Cork. He also met The Happy Pear twins, went seaweed foraging with Sally McKenna and even had a full Irish breakfast cooked for him by Darina Allen in Ballymaloe.

If you’re looking for something new to watch on Netflix, we think Somebody Feed Phil sounds fun and interesting (and completely cancer-free!).

Don’t blame us though if it makes you hungry, ok? 😉

We’re definitely going to check it out.